When it comes to premium coffee makers, Keurig has been amongst the brands that I can blindly vouch for. Featuring an ever-upscaling range of impressive coffee machines, Keurig has become a name that is trusted worldwide. Anyway, (and on a completely unrelated note) Robert Frost has always been one of my favorite poets. And in this article chronicling the significant difference between Keurig k525 and the k575, we shall use his wisdom to guide us.

And sorry, I could not travel both.

At first glance, one might assume both the coffee makers to be the same model, albeit different versions, and they would not be very wrong. Keurig has traditionally released new models that are pretty similar to what earlier models look like, and many times, people have been found at their wit’s end, simply trying to comprehend their difference. Well, not anymore.

While it would be untrue to call both the machines the same, the truth is also not very far from that statement. According to my humble opinion, this very similarity makes it a great idea to compare both these models. So, without further ado, let us discuss the salient features of both these machines, first individually, and then common characteristics. 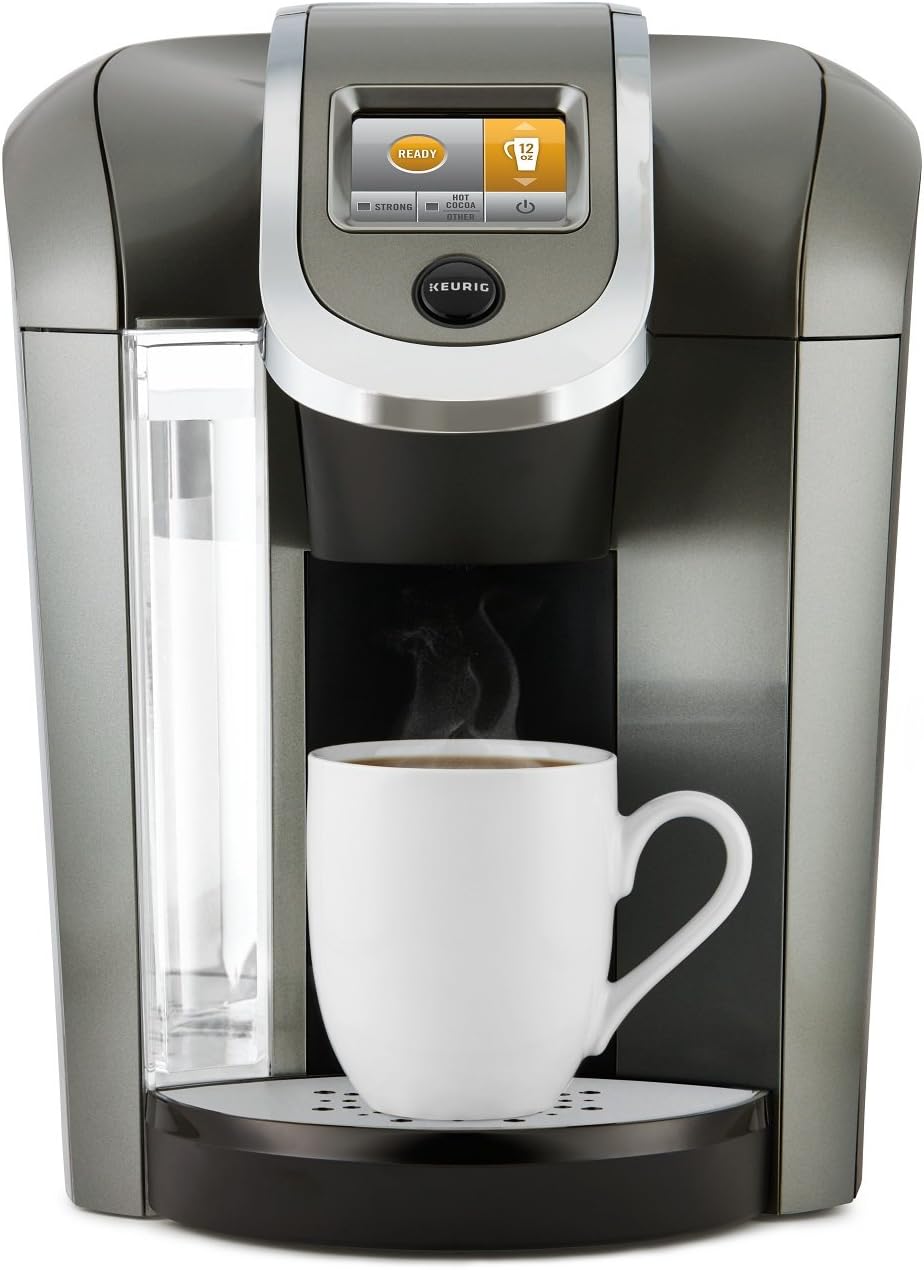 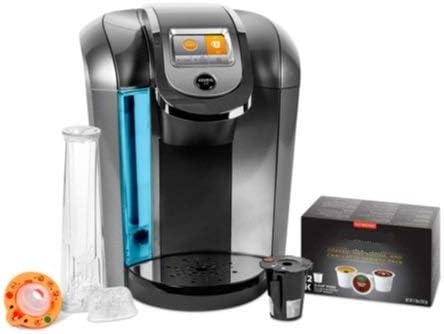 Yes, we actually bought both the machines and tried running them for similar actions simultaneously, noting down the results. Coffee experts (both self-proclaimed and otherwise) were consulted and served the same, as well as every available human being was given free samples to determine audience reviews. The general stuff (blogs, reddit threads, and online forums) were also used, of course.

With a variety of amazing features and a high caliber performance-wise, the Keurig K525 is a brewmaster’s delight. The machine is minimalistic, simple to use, and capable of making different types of coffee within a short span. Equipped with an 80-ounce reservoir, it has the enviable ability to make up to ten cups of piping hot coffee.

Its ease of access is enabled by a wide, multi-colored, fully touch-enabled screen, which is easily customizable, subject to your preferences. It also has a digital clock which assists the automatic timer. Additionally, the display has an inbuilt night mode and a change filter warning.

It also features five different temperature settings, allowing you to choose the intensity and nature of your coffee. Another feature that makes it easy to make other beverages like tea and hot cocoa efficiently is on-demand hot water. The energy saver mode allows you to keep the machine on/off, keeping the user in mind.

The screen allows you to set three different languages, i.e., English, French, and Spain. An exceptional setting is a High-Alti mode that will enable you to set up and brew a perfect cup of coffee, even at altitudes as high as 5000 feet. You can also set your preferred type of coffee to default and is compatible with K-Cup, a universal reusable coffee filter. Unlike other models, the Keurig k525 contains built-in water filters.

And be one traveler, long I stood

And looked down one as far as I could

To where it bent in the undergrowth;

The Keurig k575 features one of the most spacious water reservoirs on the market. With a capacity of 80 ounces, the tank is a detachable component that makes cleaning a straightforward process. As is the case with the model mentioned above, it can make around ten cups of coffee. If the k525 had a night mode in the display, this one has a multi-color night light in the tank itself.

Are you confused between a cappuccino or a latte? With various temperature and strength settings, this machine allows you to brew and have your coffee exactly how you like it. Or want to turn your espresso into an Americano? Simply use the hot water option to fill up your desired portion.

While cleaning out and emptying the machine is made more accessible via a detachable drip tray, the customizable, built-in clock programs the device to switch on or off, triggered by the energy-saving mode. In addition to all these, the pre-embedded water filter ensures the removal of all chemicals and hazardous components in your water.

Then took the other, as just as fair,

And having perhaps the better claim,

Because it was grassy and wanted wear;

Though as for that the passing there

Had worn them really about the same

There are a lot of common factors in both Keurig k525 vs. k575, reviews said. Well said, we say. For example, in addition to a water filter kit, both these machines include Keurig starter packs, albeit with different components. While the k525 package consists of a dozen K-cup pods and a My K-cup 2.0, the k575 comprises two pairs of K- Carafe cups, and half a dozen K-Cup packs.

The aesthetics and specifications of both machines remain largely the same. At 10.4 inches wide, 13.4 inches deep, and 13.6 inches high, both the machines are perfect tabletop devices that improve the overall look of your kitchen. They also weigh almost the same. The sleek, elegant design is also pretty similar, with the Keurig logo engraved on top.

When it comes to the taste and variety, there is no significant difference between Keurig k525 and k575. On the road that is coffee brewing, both have reached a juncture no other machine had ever treated before. In fact, they can brew for different users at the same time, even if only with the Keurig K-Carafe, which has to be acquired separately.

The eighty-ounce water tank takes a mere sixty seconds to heat up. Even after that, suppose that you change your mind midway and decide upon a tea, the brewer has the ability to funnel out only the hot water and use it.

You can also set this machine to brew a perfect cup of coffee whenever you schedule it to. This allows you the time frame of an additional ten minutes of that oh-so-satisfying morning sleep in the comfort of your bed and waking up to the exotic aroma of the first cup of coffee in the morning.

People often speak of a thin line being the difference between stuff. In the case of k525 vs. k575, it is the apt description, which led us to the hypothesis that they both are two peas of the same pod, neither being better or worse than the other, merely a bit different. And different is good.

And both that morning equally lay

In leaves, no step had trodden black.

Oh, I kept the first for another day!

If you’ve tried comparing these two machines for your usage, or even scrolled this far, there will be a question lingering in the back of your mind. What exactly is the difference between the Keurig K525 and K575 coffee machines, if any?

Well, one thing that we can say for sure is that if you live in a hard-water supply area, you might prefer the k575 rather than the k525. Hard water is a coffee machine assassin, as it contains limescale. The k575 comes with an in-built water filter that takes care of that problem conveniently, albeit with a (slightly) higher price tag. So, the k575 is set apart by the k525 due to the presence of this powerful feature.

Finally, we can put this debate to rest with the closing lines of the Robert Frost poem that has been our guide and mentor throughout this article. You might call it a fascination, a tribute, an ode a homage, or whatever else you’d like to call it, but it cannot be denied that this poem remains a golden meter of comparison.

I shall be telling this with a sigh

Two roads diverged in a wood, and I—

I took the one less traveled by,

And that has made all the difference.